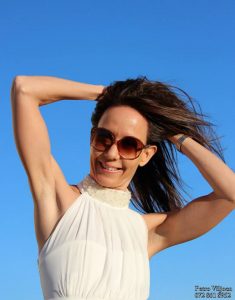 Mardi Delport was born on 16 September 1975 in the friendly town of Port Elizabeth in the Eastern Cape, South Africa.

Growing up in the Northern Cape at a small town called Daniëlskuil, she completed her primary and secondary education at High School Daniëlskuil. From a young age she has shown a passion for playing the piano. Not only did she play this instrument from the age of five, but she also completed her UNISA Grade 7 music exam with her name appearing twice on the UNISA Music Role of Honour (1987 and 1988). In 1989 she was also presented academic and music honorary colours.

After matric she enrolled for a bachelor’s degree at the University of the Free State in Bloemfontein. Her love for people and languages motivated her to study Communication Sciences. She went on to further her studies and also obtained her honours, master’s and PhD from the UFS. During her stay at Kovsies, she became involved in the campus newspaper (IRAWA) and radio station (RSfm which is now Kovsie FM) where she headed the news department of both mediums.

While still busy with her postgraduate studies, Mardi pursued a career in radio by joining various community radio stations such as Radio Rosestad and Kosmos Digitaal. She also worked in Kimberley for a while where she held the position of editor at Netnews, a community newspaper operating from the DFA’s offices in the City of Diamonds.

In 2001 she started her career at the Central University of Technology, Free State (CUT) in Bloemfontein where she was appointed Media and Communications Officer. She later was promoted to Director: Media and Communications and was responsible for all CUT’s internal and external publications, brochures, marketing and branding campaigns as well as media liaison. It was during her early career at CUT that Mardi started freelancing for various media platforms in Bloemfontein. Amongst other, she wrote articles for Passi and Get it magazines and dusted off her radio shoes by presenting various programmes on OFM, the sound of your life. She started to write columns for the Bloemnews, a community newspaper of Media 24, in 2017, with 10 articles already being published.

After completing her doctorate at the UFS in 2008, she was offered a position in the academe. This year she celebrates her ninth year as Lecturer in Communication Sciences. The annual Industry Day and Community Journalism Project in which third-year journalism students part take are two of her initiatives.

She received numerous awards during her career, including the Kalie Strydom Prize for best research in higher education at the UFS (2009), Print Content of the Year Award for an article in Get it magazine (2009), and the Vice-Chancellor’s Award for Excellence in Teaching (2012).