I am very fortunate to have spent 20 years in the radio industry!  My radio journey started during my second year at university, while being a Communication Sciences student at Kovsies.  A senior student has introduced me to RSfm, which is now Kovsie FM, while she was holding the reigns of news editor.  I realised that, for me to become a well-rounded communications professional, I needed to become involved in as many communication platforms presented to me along my journey.  So I became a news writer, a news reader, and eventually news editor.  I ended up behind the microphone “accidentally” … one of the DJ’s didn’t pitch for a show and I was thrown into the deep end.  The rest, as they say, is history.

After my student radio career at Kovsie FM, I worked at a couple of community radio stations such as Radio Hoogland, Radio Rosestad and Kosmos Digitaal, a digital radio station broadcasting from Pretoria where I had to do news inserts for the well-known Bettie Kemp on the radio station’s breakfast show.  I was working at a community newspaper, Netnews, in Kimberley at the time and decided to hang up my radio shoes … but only for a couple of years …

In 2003 Ian Wessels, Programme Manager of OFM at the time, presented me an on-air opportunity during the December holidays where I had to host the graveyard shift from 00:00-05:00.  Luckily the show only disturbed my sleeping patterns for 10 days and I was offered a contract to present the Sunday afternoon slot from 15:00-18:00.  In 2007 I was offered the Weekend Breakfast Show and presented this show for almost eight years … a show that I came to love so much every weekend between 06:00 and 09:00. 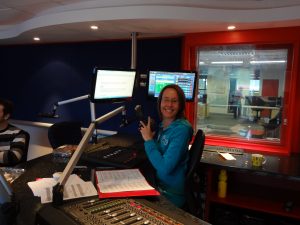 Radio has opened many doors for me.  I have learned valuable lessons from the industry, the audience and life in general.  I had the privilege to shake hands and share the microphone with various artists and celebrities, including Steve Hofmeyr, Dewald Wasserfall, Dewald Louw, Amanda Strydom, Patricia Lewis, Brümilda van Rensburg, Gavin van den Berg, Heléne Lombard, Valiant Swart, Frank Opperman, David Rees (now playing Chris Welman in 7de Laan) and Shaleen Surtie-Richards. 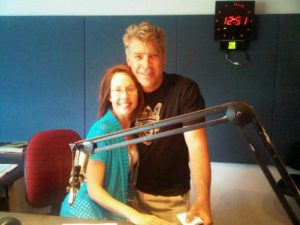 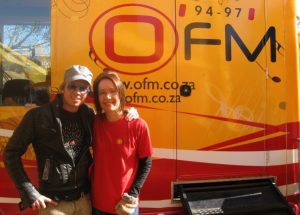 In front of the OB Unit with Valiant Swart during the Free State Arts Festival in 2011. 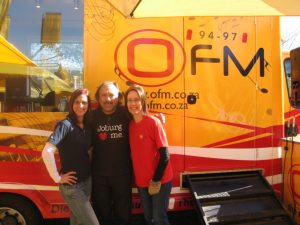 Yolanda Maartens, Frank Opperman and I during the Free State Arts Festival in 2011. 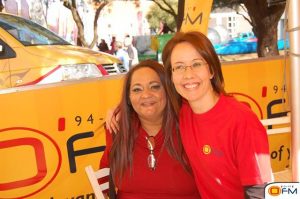 Still at the Free State Arts Festival with the one and only Shaleen Surtie Richards.

Me and my colleagues collecting blankets for Pep’s Winter Warm up Project in 2013. 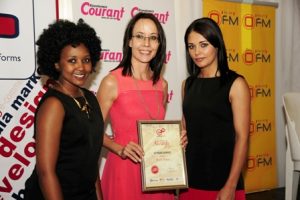 At the end of March 2015 I bid the microphone farewell and decided to focus more on my academic career at CUT.  Radio will almost have a very special place in my heart!